Toyota leadership crisis? A view from the UK 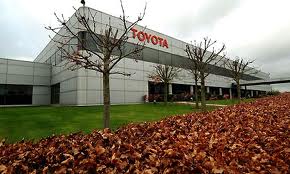 Jack Welch, (CEO of America’s General Electric Company from 1981-2001) came up with the most succinct and compelling description of crisis management that I have seen. On Welch’s watch it was alleged that workers at a GEC plant producing military components for the US Government were fiddling their time-cards and cheating their employer (GEC), who were nevertheless contracted to the government (Uncle Sam).  It didn’t seem like a major PR disaster. GEC argue that 99.5% of the time-cards were accurately completed – that only 0.5% of their workforce was on the fiddle: a management issue that could easily be addressed.

But the issue became a major PR disaster when Caspar Weinberger, then recently appointed as Secretary of Defence by President Ronald Reagan, decided – rightly or wrongly, justifiably or cynically – to go ballistic on the issue to support his President’s campaign against ‘fraud, waste and abuse’. When the brouhaha settled down, Welch drew the following, eminently sane conclusions.

When it happens to you, said Welch, assume the following:

1. The problem is worse than it appears.

2. Everyone will eventually find out everything.

3. You and your organisation’s handling of the crisis will be portrayed in the worst possible light.

4. Changes in process will have to be put in place and there will probably be personnel changes (‘ blood on the floor’).

5. The organisation will survive, and in the long term will be stronger for having ridden out the crisis.[1]

It seems that Toyota had forgotten lessons 1-3 in recent months. We can be confident that there will be changes (4) and one wonders if heads will roll. The important question must remain – will Toyota pull out of this crisis ‘strengthened’ (5) or has their reputation been seriously damaged?

And what has the senior leadership been thinking about for the last (surprisingly long) while?

On BBC TV & BBC Radio this morning (February 4th2010), Toyota’s UK spokesman, Scott Brownlee did a great job for his company. It helps that he has a warm Scottish brogue, and that it is a widely accepted fact in the United Kingdom that Scottish people are incapable of telling a lie.

Brownlee played what we call ‘a blinder’. He was honest and open about the scale of the necessary recall, but reassuring about the instance of actual problems. If there was a problem, there would be warning signs – the accelerator would feel stiff or scratchy. There is a Toyota website we can visit: if we type in our vehicle registration,  it will tell us if our own vehicle is affected.  If so, there is still only a very low risk of any problem arising, and it is safe to drive our cars in the meantime. If we have any concerns at all, we can call the helpline (which has apparently handled 10,000 calls since yesterday; impressive).

Brownlee and Toyota want to “communicate as widely and honestly as we can”; the problem has been identified and a fix has been found, that has been tested and approved by the industry authorities. 90,000 of the necessary parts are on their way from Japan. The fix is simple and will take ‘about half an hour’.

Brownlee ended by saying that the company was sorry, that it had built its reputation on quality and reliability, and that it was working as fast as possible to restore its customers’ trust. On the Toyota UK website, there were statements from Miguel Fonseca, Managing Director of Toyota GB.

In the UK, we were reassured. Toyota UK have carried out a text-book piece of corporate PR. Nothing to worry about. We are keeping calm and carrying on, as ever.

Toyota in the USA  – what damage limitation?

And then we Brits look to America, and we wonder what on earth is going on.

We see that a Toyota Lexus was involved in a crash involving an apparently faulty accelerator (gas) pedal and we assume that this is a recent event that has triggered the current recall.  We’ve been a bit relaxed in the UK about the whole ‘sticking throttle’ issue – there was lorry driver in Britain a while ago who claimed he couldn’t slow down his vehicle on the motorway and got himself a police escort and a dramatic ‘rescue’, but who turned out to be an attention-seeking fantasist. And then there was a BMW that apparently would not slow down, and finally crashed (no fatalities) but BMW engineers never did find any fault with that vehicle, as I remember.

But then we begin to understand that the Lexus in San Diego USA crashed in August last year, and that the driver was an off-duty Highway Patrol officer – a professional with advanced driving skills. And we learn, to our sorrow, that he, his wife, his daughter and his brother-in-law all died in that crash as he careered across a road junction at 120mph, having no apparent means of slowing down his car. An inexplicable fatal crash? With an experienced professional driver at the wheel?? Nearly six months ago???

We go on to read, our mouths opening wider at every paragraph, that this was far from an isolated case. That Toyota had received perhaps 2,000 complaints about unexplained acceleration.

Toyota pinned the blame on troublesome floor mats (one is sceptical, to say the least) and argued that the accelerator pedal was getting caught beneath the mats. We read that Toyota issued a statement in November 2009 saying that there was no evidence to support any conclusion regarding the cause of the problem other than the floor mat theory. This statement, however, had not been cleared by the U.S. traffic safety agency; Toyota was rebuked. Not good.

And so the looming disaster seems to head inexorably towards the current, full-blown crisis. As Associated Press writers Erin McClam and Emily Frederick said their article of Friday, January 29th, “In its worst crisis in recent memory, [Toyota] has communicated with the public mostly through a series of very limited statements. One spokesman, Brian Lyons, said initially he was restricted to describing the problem as ‘rare and infrequent’”.

Even after the company had announced the recall of millions of vehicles in the USA, there was no clear statement from the company as to what the problem was, how it would be fixed, and how long that would take.  Most importantly, the company’s senior executives were conpicuous by their absence. Toyota’s CEO, Akio Toyoda (the grandson of Toyota founder, Kiichiro Toyoda) made his first statement on the crisis when he was effectively door-stepped at the Davos summit by a Japanese reporter. “I am very sorry that we are making our customers feel concerned”, said Akio.  The emotion will be genuine, but this is not the way for CEO’s to make their first statement on a company-threatening situation.

Reuters journalist Mayumi Negishi quoted a Jakarta-based crisis management consultant in a recent post as saying, “People want to see a company take full responsibility, be empathic to the victims and their families and be in control by outlining the problem and how they intend to solve it. They also expect the CEO doing all this. Toyota seems to have failed in all counts.”

When a problem of this magnitude beaks – or ideally even as it is breaking – then consumers want to see leaders coming forward, they want a plan of action and they want an apology. Apologies seem to be in vogue, and they are always welcome, but the more important issue is surely one of practical reassurance: tell us what has gone wrong here; tell us you can fix it; tell us it won’t cost us anything and that it won’t be a major inconvenience.  And tell us (if it is true) that we are not in immediate and serious danger. We’re all reasonable folk; we can live with a degree of understandable risk. In such a situation, we want to see corporate leaders coming out of their bunkers – preferably with their hands up, but more importantly with some clear solutions.

Toyota is a remarkable corporation, which has constantly astounded management analysts in the West by its success in a market that the great car manufacturers of the USA would have liked to believe that they controlled. A success which, after much discussion and debate, those analysts have concluded is attributable to Toyota’s enviable (and sadly unusual) determination to learn from colleagues throughout their own organisation.

As Harvard Business School Research Fellow Garry Hamel says, “Unlike its Western rivals, Toyota believed their first-line employees could be more than cogs in a soulless manufacturing machine. If given the right tools and training, they could be problem solvers, innovators and change agents. Toyota saw within its workforce the necessary genius for never-ending, fast-paced operational improvement. In contrast, U.S. car companies tended to discount the contributions that could be made by first-line employees, and relied instead on staff experts for improvements in quality and efficiency.”[2]

Toyota drew up a set of corporate principles, called The Toyota Way (presumably in homage to the famous corporate philosophy ‘The HP Way’ set out by the founders of Hewlett Packard (see David Packard’s Long Shadow.)

Principle 13 of The Toyota Way says this:

Make decisions slowly by consensus, thoroughly considering all options; implement decisions rapidly (nemawashi). Do not pick a single direction and go down that one path until you have thoroughly considered alternatives. When you have picked, move quickly and continuously down the path.  Nemawashi is the process of discussing problems and potential solutions with all of those affected, to collect their ideas and get agreement on a path forward. This consensus process, though time-consuming, helps broaden the search for solutions, and once a decision is made, the stage is set for rapid implementation.[3]

This technique of getting people on-board across the organisation has been a major factor in Toyota’s success. One hopes that they have not allowed themselves to spend too long debating the alternatives in the current crisis. One hopes that Toyota will now act with its accustomed, coordinated speed, and that the leadership, for its own sake, will make itself very available to the public from this day forward and keep us informed of its action plan.