My books explore the human aspects of modern business and challenge the notion that the business world is an exclusively rational arena from which human emotion and social behaviours are excluded.

History Lessons offers exploration of the leadership skills and personal qualities of some of the great leaders from history, demonstrating that great leaders come in all shapes and sizes and have faults as well as strengths—but that there are certain key abilities and characteristics shown by all great leaders. This book identifies 8 key leadership abilities: Changing the Mood; Boldness of Vision; Doing the Planning; Leading from the Front; Bringing People with You; Making Things Happen; Taking the Offensive; Creating Opportunities. Each initiative is illustrated with an account of the actions of three great leaders from history.  History Lessons has been translated into Korean and is now in its second edition.

Blindsided takes a compelling look at the outbreak of some of the most dramatic crises of recent times: from the dot-com Bubble to the Credit Crunch, from the Spanish Flu epidemic to the Dust Bowl, from the collapse of Enron to countless rushes, riots and revolutions. In every case, what we believed to be rational decisions made by us — supposedly enlightened investors, consumers, planners and citizens — turned out to be flawed and gravely mistaken.

100 Great Business Leaders selects some of the most prominent leaders from over two hundred years of business history. Each chapter explores the leaders’ ideas, their personal qualities, their decisions and the routes to their success, from the early steamship and railway magnate Cornelius Vanderbilt in the early nineteenth century, to Facebook’s Mark Zuckerberg in the early twenty-first century. Featured leaders are drawn from around the world: from the Americas to India, Japan, Southeast Asia and China. 100 Great Business Leaders is now in its second edition and has been translated into Chinese, Simplified Chinese and Thai.

My Steam Engine is Broken explores 10 ‘paradoxical’ organisational behaviours—behaviours that are highly likely to achieve the opposite of what organisations need in the modern world—and shows how these can be addressed ‘little by little and piece by piece’ to achieve painless but radical organisational transformation through the aggregation of marginal gains.

Perform To Win is written as a business novel based on a lightly fictionalised account of Mark Powell’s ground-breaking arts-based leadership development programmes at Oxford University’s Saïd Business School. The book follows the experiences of four board directors as they interact with actors, jazz musicians, dancers, a classical conductor and a choral group. It charts their progress as they move from initial concern that the programme will be a ‘distraction’ from their immediate and very pressing business problems to a realisation that the insights they are gaining from these top performing artists offer an exciting way forward and a potential solution. Will the directors find a way to save their most important business account?

Machiavellian Intelligence explores the little-discussed fact that most modern corporations are not, as people tend to assume, rational and meritocratic operations in which hard work and talent will inevitably be rewarded, but complex social systems which must be skilfully navigated to obtain power and influence. The book analyses six ‘good’ habits common amongst talented and hard-working executives that are, in fact, bad for their careers. Machiavellian Intelligence has been translated into Russian and Chinese.

The Five Principles of Performance Thinking systematises our conviction that business can learn valuable lessons from the performing arts and distils our extensive experience of both business and the arts into five core principles. Business ‘performance’ tends to be described in terms of targets hit, forecasts delivered and margins achieved, but a truly successful performance does more than deliver the numbers—it delights and moves its audience. The book explores how we can move beyond simplistic measures and focus on delivering performances that engage and delight our various audiences. 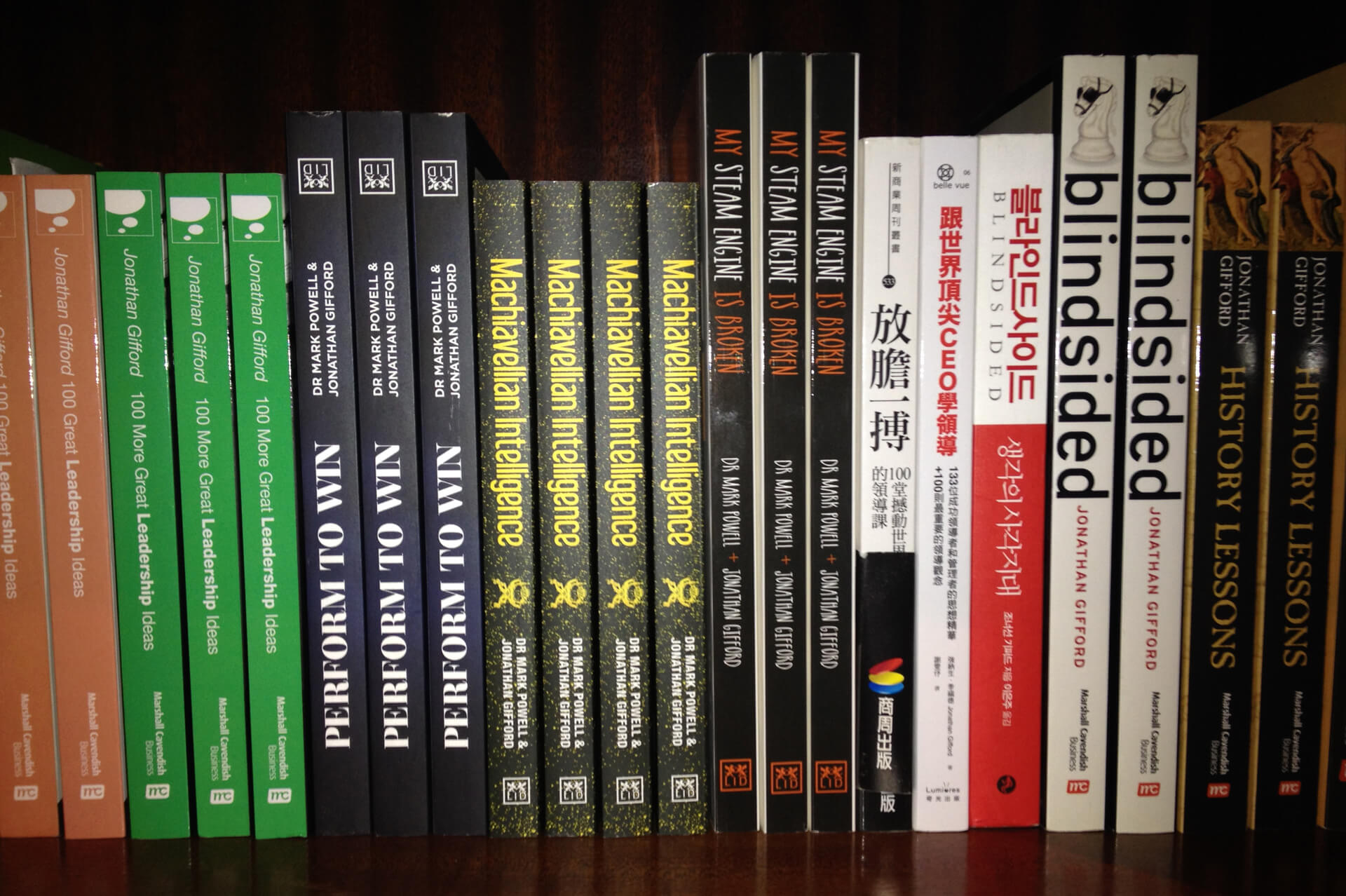