The Renaissance: brought to you by bankers 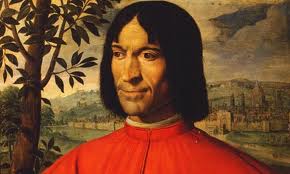 have always been viewed with suspicion or dislike: we have an ambivalent attitude to the people who control access to the capital we need in order to make our business dreams a reality.But some of history’s great banking families—the medieval Italian Medici family, for example—have achieved, or enabled, a great many things for which we should all be grateful; the explosion of art that accompanied and perhaps defines what we now call ‘The Renaissance’ being one of them.

It is a reminder of the important fact that, as David Packard, co-founder of Hewlett Packard, said, companies do not exist simply to make money. In his words: “They are able to do something worthwhile – they make a contribution to society.” (See David Packard’s long shadow).

Maybe modern banks would argue that we are focussing too much on individual bonuses and forgetting about their overall contribution to society. But for many of us, it seems the other way round: individual bankers seem rather more focussed on personal enrichment than they do on ‘making a contribution’.

Lorenzo de’ Medici (1449-1492), known as ‘Lorenzo the Magnificent’ was an extraordinarily rich international banker who effectively ran Florence. Medici money funded, amongst other things, the feuding English nobles of the English Wars of the Roses, though the Medici family had trouble collecting their debts when their noble clients met violent deaths on the battlefield or overstretched themselves funding their private armies; the London branch was eventually closed and its business was transferred to Bruges. There were also Medici offices in Pisa, Milan, Avignon and Lyon. This was an international investment bank to rival any of the great names of contemporary commercial banking.

Spending eternity in burning sand, refreshed by a  rain of fire

Money lending (‘usury’) had a very dubious relationship with medieval Christianity. To the medieval mind, there were only two sources of ‘real’ wealth: the natural world (‘Nature’) and man’s skills and labours (‘Art’).  Nature was, of course, God-given, and man’s labour and skill derived from nature, so that the source of all food husbanded by man, and all man-made artefacts (and the wealth derived from trading them) could be seen to derive from God. The creation of wealth by trading in the entirely notional intermediary of money was seen as a kind of blasphemy.

The Medici family’s wealth was built on money lending. This may help to explain why the Medici were so keen to promote ‘the arts’ in every sense, in order to redress the spiritual balance. The great Florentine poet, Dante, in his Inferno (the ‘Commedia’, written in the early fourteenth Century) had portrayed an earlier and notorious Florentine banker as spending the hereafter in a desert of burning sand, refreshed by a rain of fire, eternally staring at the purse of money strung around his neck.

It is perhaps not surprising—given this rather alarming prospect—that Cosimo de’ Medici, grandfather of Lorenzo de’ Medici, became the leading patron of public works and the arts in Italy, spending a substantial proportion of his immense fortune on churches, public buildings and their adornment, presumably in an attempt to improve his likely experiences in the next life.

The Medici were amongst the wealthiest people in Europe, but they were not technically the rulers of Florence: Florence was a Republic run by a governing body called the Signoria. It was not, however, impossible for rich and powerful patrons to influence the composition of the elected Signoria and Lorenzo was the de facto ruler of the city-state, as had been his grandfather, Cosimo.

Lorenzo pursued the family practice of trying to maintain a balance of power between the great northern city-states of Milan, Naples and Florence, in an attempt to prevent the many damaging little wars that plagued Italy, but also as a counterbalance to the power of Rome and in order to keep foreign interests, such as France, out of the region.

By means of brave and clever diplomacy, Lorenzo enabled a period of stability in which Florence could flourish. He encouraged the arts and literature to such an extent that an artistic revolution took place: works of art and literature from the ancient world were rediscovered and made available to others; these, in turn, influenced and inspired whole new forms of art and literature and helped to bring about the European Renaissance.

In one of the most brave and dramatic political gestures of his life, Lorenzo volunteered to visit the tyrannical King of Naples, who had only recently sided with the forces of the Pope in Rome to attack Florence. Lorenzo wrote to Ferrante, King of Naples, saying that he would visit him (thereby putting himself in Ferrante’s power) in the hope that the long years of previous friendship between their cities would form the basis for a new peace. Lorenzo’s only demand was that the recently captured Florentine towns should be returned to Florence.

Lorenzo explained his motives in a letter to the Signoria, saying, in effect, that his proposed course of action would test the few possible scenarios: either Naples was still potentially friendly to Florence, or implacably hostile; if the latter, then maybe Lorenzo was himself the core of the problem, in which case his death would improve the situation.

‘I know much money Lorenzo spent, but I dare not write it down’

The Signoria were deeply moved. They took the practical course of granting Lorenzo the status of a special ambassador, which should offer a degree of diplomatic immunity. Sadly, a recent envoy from Milan had been thrown into prison and then murdered, so the portents were not good.

When Lorenzo and Ferrante met face to face in Naples, with Lorenzo an effective hostage, Lorenzo was able, as ever, to use the force of his personality, charm and political logic on the man he had met many years earlier in more harmonious times. Milan was unreliable, said Lorenzo; Venice was entirely absorbed with defending itself against the Turks; the policy of Rome changed constantly with the personality of the current Pope. Only Florence and Naples were steadfast and secure.

Lorenzo, probably the wealthiest man in Europe, also poured money into Naples, with even more than his customary generosity. He threw banquets for the nobles, gave dowries to poor girls from the provinces; bought the freedom of galley slaves. Lorenzo’s first biographer, Valori, wrote that he had heard how much money Lorenzo spent in Naples, but that he did not dare to write it down.

The Golden Age of Florence

But these are rather cynical and self-serving arguments: it is more interesting to see the Medici’s commitment to the great flourishing of the arts and literary scholarship, creating what we now call the Golden Age of Florence, as the most fitting and celebratory end result of their successful business. That Golden Age is recognised to have ended with the death of Lorenzo.

Not many businesses manage to enhance the community in which they operate in ways that still enrich people’s lives six hundred years later.  The artists who flourished under Lorenzo’s patronage include Leonardo da Vinci, Sandro Botticelli and Michelangelo Buonarotti. Lorenzo’s older brother, Giuliano, a handsome young man, was the model for the sleeping Mars in Botticelli’s painting, Mars and Venus. The faces of Lorenzo’s mother and all five of the Medici children can be seen in Botticelli’s Madonna del Magnifcat—Lorenzo is the one with the convex nose and rather angular face: not classically handsome, but sharp, intelligent and forceful. Let’s hope that we may yet see more bankers like Lorenzo the Magnificent.

Read more about the great leaders from history in History Lessons