Anarchy in the workplace: in praise of self-organisation 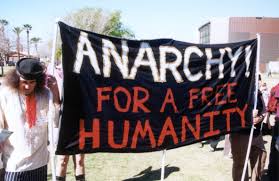 In my earlier blog, Ricardo Semler, Maverick: organisational democracy or anarchy? or  I said that I didn’t believe that ‘democracy’ is a good model for running a modern business – despite the apparent success of Ricardo Semler, author of Maverick and The Seven Day Weekend, in introducing ‘democratic’ practise to his Brazilian company, Semco.

I’m a big fan of Semler and of the brave, radical and empowering changes that he made to the company that he inherited from his father.

It’s just that I don’t think ‘democracy’ is the right word for the changes that he and his colleagues implemented at ther company.  Leaders were not elected and very few issues were put to the vote. What actually happened was that people got together and decided how they wanted to do things.

Democracy in business: the dictatorship of the majority?

The risk that democracy becomes merely the dictatorship of the majority is very real in business, since organisations are not subject to the same ‘buffering forces’ as a national government (the electorate, the media, lobbyists, etc.)

As a leader of your business, do you REALLY want to subject your (or anybody else’s) initiatives to a popular vote?  Do you think that ‘democracy’ is the best route to cutting edge innovation? Will ‘democracy’ help us to create lean, mean and agile organisations?

Ricardo Semler might well argue that his embrace of greater democracy in the workplace has proved that the answer is ‘yes’: democracy can indeed deliver the stripped-down, responsive organisations that we need BECAUSE democratised, empowered workforces will devise increasingly intelligent ways of solving problems that affect the common good.

I buy into that philosophy, but I am going to argue that Semler’s most radical innovations were not democratic, in the sense that we all usually mean, but essentially anarchic. And that what is happening in Semler’s Semco is not democracy as it exists in nation states, but is rather a form of self-organisation; a kind of anarchy, if you will allow me.

Semler’s genius lies in the way in which he has given Semco employees a genuine common objective. People like to have jobs. They like to get paid. They can very quickly grasp that in order to create and protect jobs, it is necessary to make and market things that customers actually want.

If they share in the organisation’s success, they quickly come to understand that jobs cannot be protected at any cost, and that high salaries may be unaffordable. People begin willingly take the kind of ‘tough decisions’ that businessmen pride themselves in making – with the hugely significant difference that employees have made the decision themselves, rather than having it imposed on them. And they do this primarily through a form of self-organisation that is not, essentially, democratic. Natural leaders emerge, and lead people in certain directions. Core issues are decided by consensus, not by a literal show of hands. People get together and decide on the best way forward.

This is actually a more thoroughgoing form of democracy than the kind that we see in the governance of modern nation-states. In Semler’s democracy everyone’s opinion makes a difference all of the time, not just on Election Day.

I call this a form of organisational anarchy.

Self organisation: doing what comes naturally

Left to themselves and challenged with solving a problem that significantly affects our well-being, human beings tend to get together and come up with a solution. Opinions are put forward; leaders emerge; factions form. Sometimes a show of hands is the only way of resolving an impasse, but not very often.

Once a show of hands has been required, we immediately have a dissatisfied group: the people who didn’t vote for the chosen outcome. Now they are aggrieved; they feel that the wrong decision has been foisted onto them.

With self-organisation, there is no such divisive moment. A solution is tried out, willingly. If it doesn’t work out, we regroup. No decision in principle has been made that must now be un-made with another show of hands. We try a different route. A new set of leaders emerge. We fail or succeed. If we fail again, we try something else.

This instinctive social behaviour is how human beings got to where we are today. It comes naturally to us; we are uniquely attuned to the subtleties of group interaction.

But we are currently saddled with hierarchical organisational structures that the ancient Egyptians would have felt at home with – it’s as if we still believe that the best way to build a pyramid is to employ an army of slaves.

These outmoded organisational structures are stifling ingenuity and creating a generation of demotivated, disengaged, dysfunctional employees. It is time to claw our way back to modernity with new, anarchic, self-organising systems that free up our natural human ingenuity and give us back a sense of pride in our work and fulfilment in our work: work that we have chosen and directed ourselves.