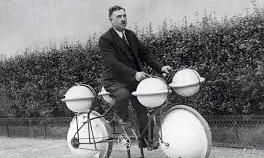 Teams become emotionally attached to major projects in which they have invested their creative energies. It is difficult for organisations to write off large investments in time and money.

Leaders need to abandon failed projects, whatever their merits.

IBM OS/2: a better product that failed in the marketplace

When IBM launched its first personal computer, the organisation was uncertain about likely demand and wanted to move quickly. It licensed a microprocessor from Intel and an operating system from a small software company called Microsoft.

The new IBM PC was  hugely popular, but it could easily be reverse-engineered; other companies quickly offered ‘IBM clones’ using Intel microprocessors and the Microsoft operating system, MS-DOS.

Louis Gerstner became CEO of IBM in 1993, when the company was in serious difficulties, and decided that the OS/2 project had failed to win in the marketplace – even though it was arguably a better product – and should be abandoned.

‘The war was over’

‘The highest levels of IBM executives were almost obsessed with the effort to unwind the decisions of the 1980s and take back control of the operating system from Microsoft,’ wrote Gerstner in his book, Who Said Elephants Can’t Dance?

‘The pro-OS/2 argument was based on technical superiority … What my colleagues seemed unwilling or unable to accept was that the war was already over and was a resounding defeat – 90 percent market share for Windows to OS/2’s 5 percent or 6 percent.’

Gerstner decided that the OS/2 programme had to be wound down, while still providing support to OS/2 customers, allowing them to migrate to other operating systems.

‘The OS/2 decision created immense emotional distress in the company,’ said Gerstner. ‘They believed in their product and in the cause for which they were fighting.’

However, argued Gerstner, the battle between OS/2 and Microsoft Windows was ‘draining tens of millions of dollars, absorbing huge chunks of senior management’s time, and making a mockery of our image.’

Virgin Airlines developed a better airline seat – but were then trumped by British Airways.

‘We put a truly innovative upper-class seat on Virgin Atlantic planes in 2000,’ wrote Richard Branson, founder and chairman of Virgin Group, in his book Business Stripped Bare. ‘However, we took too long to develop them and did not keep the project secret enough.

‘British Airways got wind of what we were up to … and out-innovated us with an even better seat … We decided the mistake was just too ghastly to live with. We cut our losses and dumped them.

‘The benefit to us? We now have the best business-class flat beds in the world, designed by our own team, and we have created a product our rivals cannot match. We have easily recouped our losses with this decision. It’s embarrassing to admit this stuff, and I think it’s fear of embarrassment that discourages many chairman and bosses from doing their jobs properly.’