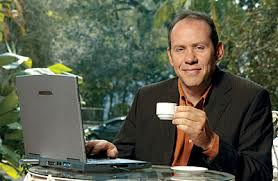 If you are interested, as I am, in how we can drag the organisation out of the old, nineteenth-century, early-industrial structure in which it currently languishes, and create a new kind of organisation that is fit for purpose in the twenty-first century, then you have probably heard of Ricardo Semler, author of Maverick! and The Seven Day Weekend.  You can read more about Ricardo Semler’s radical changes to Semco, the company that his father founded in later blogs: Anarchy in the workplace: in praise of self-organisation and Maverick! Ricardo Semler’s 10 democratic changes at Semco.

Ricardo Semler is generally hailed as a key advocate of greater democracy in organisational structures, which indeed he is. But Semler also sometimes refers to himself as ‘an anarchist.’

I don’t believe that ‘democracy’ is the right model for the new kind of organisation that we so desperately need. It sounds nice, but it just won’t work. And I want to argue that what Semler introduced so successfully in his factories should not be described as ‘democracy’ but rather as a form of ‘anarchy’ or, to get technical about it, ‘anarcho-syndicalism.’

I’m guessing that when you hear the word ‘anarchy’ (and especially ‘anarcho-syndicalism’) you instinctively bridle and flinch, imagining scenes of utter chaos and a bunch of bozos arguing that we should all get back to bartering eggs for potatoes.

Anarchy: ‘The absence of government’

But one of the definitions of anarchy is merely ‘the absence of government’, which is interesting.

Here’s what Noam Chomsky had to say about anarcho-syndicalism.

‘Now a federated, decentralized system of free associations, incorporating economic as well as other social institutions, would be what I refer to as anarcho-syndicalism; and it seems to me that this is the appropriate form of social organization for an advanced technological society in which human beings do not have to be forced into the position of tools, of cogs in the machine. There is no longer any social necessity for human beings to be treated as mechanical elements in the productive process; that can be overcome and we must overcome it to be a society of freedom and free association, in which the creative urge that I consider intrinsic to human nature will in fact be able to realize itself in whatever way it will.’

‘A federated, decentralized system . . . in which human beings do not have to be forced into the position of tools, of cogs in the machine.’ You can sign me up for that, whatever you want to call it (even ‘anarcho-syndicalism’).

Nevertheless, if you flinch at the term ‘anarchy’, I’m also guessing that you also flinch (be honest!) when you are told that business needs more ‘democracy’ in order to be more successful.

The problem here, I would suggest, is that we all have something quite specific in mind when we use the term ‘democracy’.

Democracy is no way to run a business

Democracy has come to mean primarily something like the election of governing bodies, based on a popular vote. The elected body then gets to do pretty much whatever it pleases for a short time, subject to the buffering forces of the media, powerful lobby groups, and the chastening knowledge that the government will have to face the electorate again in the not too distant future.

Democracy works reasonably well as a way of governing nations states. As Winston Churchill said in the UK’s House of Commons in 1947, ‘Democracy is the worst form of government, except for all those other forms that have been tried from time to time’.

But democracy, in its commonly experienced form, is not a good way to run a business.