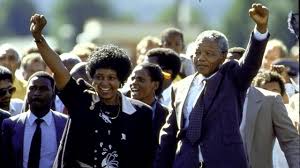 One of the most difficult tasks that a leader may face is to change the engrained ‘mood’ of an organisation; its very culture. South Africa’s Nelson Mandela, who, after his release and his later election as president of a country that had voted for the first time on the basis of ‘one man one vote’, was expected by his white opponents to introduce a new regime that would be implacably hostile to whites. In fact, Mandela set out to create a racially mixed government of national unity, and set up the Truth and Reconciliation Commission in an attempt to heal old wounds.

On February 11th, 1990, Nelson Mandela walked free from the low-security Victor Verster prison near Paarl in the Western Cape district of South Africa. He had been sentenced to life imprisonment in June 1964 after being found guilty on a charge of high treason, after he had been linked to acts of sabotage against the apartheid regime. Mandela had served 18 of his total of 27 years of imprisonment enduring a ‘hard labour’ regime on Robben Island. When convicted of treason, Mandela was already serving a five year sentence for leaving the country illegally (black people were not allowed to have passports) and for instigating a strike in protest against the creation of the newly declared Republic of South Africa, which had broken away from the British Commonwealth after a referendum from which blacks, some seventy percent of the population, had been excluded.

During his treason trial, Mandela freely admitted to his membership of the African National Council (ANC) and to having founded the military wing of the ANC, which had begun a campaign of sabotage after the notorious Sharpeville Massacre in which at least sixty-nine black protesters were shot dead by South African police.

‘An ideal for which I am prepared to die’

During his treason trial, Mandela said this.

‘Above all, we want equal political rights, because without them our disabilities will be permanent. [. . .] It is not true that the enfranchisement of all will result in racial domination. [. . .] The ANC has spent half a century fighting against racialism. When it triumphs it will not change that policy . . .

‘During my lifetime I have dedicated myself to this struggle of the African people. I have fought against white domination, and I have fought against black domination. I have cherished the ideal of a democratic and free society in which all persons live together in harmony and with equal opportunities. It is an ideal which I hope to live for and to achieve. But if needs be, it is an ideal for which I am prepared to die.[1]’

Mandela’s personal commitment to a process of forgiveness – visiting his old persecutor, ex-president Botha; having dinner with his ex-gaoler, the commander of the maximum security Robben Island prison; setting up the Truth and Reconciliation Committee;  embracing the nation’s ‘Springbok’ rugby team, previously a symbol of white Afrikaans supremacy – began to reunite the nation.

White citizens began to feel included in the new South Africa. Black citizens reached out to include them in the nation’s new future. A new mood had been created.