Churchill’s leadership: the possibility of greatness 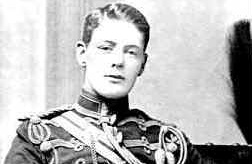 At the end of the nineteenth century, a young twenty-three year-old British cavalry officer serving with the 21st Lancers under the command of General Herbert Kitchener, found himself taking part in what is generally acknowledged to be the last significant charge made by British cavalry, against rebel forces in Sudan. The 400-strong light cavalry regiment thundered into the attack, lances at the ready, officers’ sabres aloft. They believed that they were engaging a force of a few hundred dervishes (as the Sufi Muslim forces were inaccurately described), but in fact they ran into over two thousand warriors hidden in a dry riverbed. The regiment fought their way through the enemy and managed to rejoin the main army after bitter hand to hand fighting. Three Victoria Crosses were awarded to members of the regiment for the action. The young man was not one of them, but he acquitted himself bravely, as he had in other engagements in the other parts of the British Empire where he had served. His name was Winston Churchill—or, to give him his full family name, Winston Leonard Spencer-Churchill.

Winston was born into the English aristocracy. An indifferent scholar, he finally scraped into the Royal Military Academy at Sandhurst, thanks to private tuition paid for by his father. Military life suited Churchill; he set off on his chosen career, aided at every step by his family connections. His mother’s influence helped to get him a place in the glamorous 4th Hussars, who had charged alongside the Light Brigade in the Crimean War in what must be the most famous and fateful cavalry charge in history. Churchill, in his turn, fought bravely for the British Empire with a passion born of utter conviction in the justness of its cause.

Throughout his early military career, Churchill also made a name for himself as a correspondent for, amongst others, the Daily Telegraph at home and the Allahabad Pioneer in India (a newspaper that counted Rudyard Kipling amongst its previous correspondents). Churchill’s accounts of his exploits sold in very large numbers: he had seen action in North-West India (modern day Pakistan) and his account of the siege of Malakand—The Story of the Malakand Field Force—was avidly read by a nation eager to learn of their brave boys’ exploits in the exotic places to which, as far as Churchill’s readers was concerned, Britain was extending her civilising influence. Churchill’s experiences in the Sudan, and his famous cavalry charge, were covered in another book, The River War. By the time he sailed to South Africa to take part in the war between Britain and the Boers, acting also as a correspondent for the Morning Post, he was on his way to becoming famous and commanded high fees for his lectures. When his troop train was ambushed by the Boers, Churchill was captured along with the rest of the British soldiers. He escaped and was smuggled, on a rail truck, helped by sympathetic strangers, to British South Africa. His exploits made him a household name throughout the British Empire. His book, London to Ladysmith via Pretoria, sold well enough to make him financially independent. Churchill returned home in 1900 to become a Member of Parliament.

‘All that the British Empire has stood for’

In the speeches made by Churchill when he took up his role as war-time Prime Minister, he makes frequent reference to the British Empire. This is not simply a rallying call for the nation to gather behind the flag: Churchill believed fervently that the British Empire was a force for good; an important and significant force in human progress. In one of his many and now famous speeches to the House of Commons during the course of the Second World War, he said, in May 1940: “You ask, What is our aim? I can answer in one word: Victory – victory – at all costs, victory, in spite of all terror, victory, however long and hard the road may be; for without victory, there is no survival. Let that be realised; no survival for the British Empire; no survival for all that the British Empire has stood for, no survival for the urge and impulse of the ages, that mankind will move forward towards its goal.”

For Churchill, the British Empire was playing its essential role in the great historical process by which humanity struggles from darkness towards the light; from ignorance towards enlightenment. A month later, Churchill had this to say to the Commons and to the nation: “Upon [this battle] depends our own British life and the long continuity of our institutions and our Empire. The whole fury and might of the enemy must very soon be turned on us now. Hitler knows that he will have to break us in this island or lose the war. If we can stand up to him, all Europe may be free and the life of the world may move forward into broad, sunlit uplands. But if we fail, then the whole world, including the United States, including all that we have known and cared for, will sink into the abyss of a new Dark Age, made more sinister, and perhaps more protracted, by the lights of perverted science. Let us therefore brace ourselves to our duties, and so bear ourselves that, if the British Empire and its Commonwealth last for a thousand years, men will still say: This was their finest hour.”

Churchill’s most significant—and remarkable—contribution to the war effort was perhaps only possible precisely because of his deeply-held, romanticised, aristocratic and imperialistic view of Britain’s role in the world. In the 1930’s, for example, Churchill was vehemently opposed to Mahatma Gandhi’s Indian Independence movement. He was adamant that India must remain part of the British Empire: “Ghandi-ism and all that it stands for will, sooner or later, have to be grappled with and crushed.” And of course, in more abusive, and arguably racist, form: “It was alarming to see Mr. Gandhi, a seditious Middle Temple lawyer, now posing as a fakir of a type well known in the East, striding half-naked up the steps of the Viceregal Palace, while he is still organising and conducting a defiant campaign of civil disobedience, to parley on equal terms with the representative of the King-Emperor.”[1]

Churchill was born into an illustrious English family in the ancestral home of Blenheim Palace, built in the early 1700s for John Churchill, Duke of Marlborough, on behalf of a grateful nation after his great victory at Blenheim, in Bavaria, against Louis XIV’s France. John Churchill’s father (another Winston) had fought for King Charles I against the forces of parliament. The twentieth century Winston, a fervent monarchist and a committed parliamentarian, in the modern British manner, was steeped in British history and in a belief in Britain’s role in the world—and in her capacity to fulfil that role. Had Churchill been less of an imperialist, less convinced of the importance of Great Britain on the global stage, then he might have lacked the unswerving belief in Britain’s greatness that eventually enabled him to inspire a nation.

The Britain of Churchill’s imagination was probably far greater than its reality, but by his dogged insistence on resistance at all costs, Churchill brought the government, and then the nation—through the eagerly-awaited broadcast of his speeches on BBC Radio—to believe in his inspiring vision of their better and more glorious selves, and in the possibility that ‘the life of the world may move forward into broad, sunlit uplands.’

A belief in the possibility of greatness

The lesson for modern leaders is crystal clear. I am not interested (if you will forgive me) in Churchill’s imperialism. He was of his age; he believed what he believed. Great leaders are, interestingly, rarely anodyne. Churchill’s convictions, whatever their philosophical and political source, enabled him to inspire a nation to extraordinary feats of courage and endurance. He held out a vision of the final goal (at all costs, victory) and he persuaded people that the route to the goal, though hard and painful, was nevertheless achievable.

People are capable of remarkable and self-sacrificing efforts when they are given a vision that they can believe in—and if this vision demonstrably makes their world a better place. In the more mundane world where we strive to make our little differences to the world, a leader’s vision needs to tap into basic human needs—many of which are, in fact, supplied by the workplace, but in a subtle way. The obvious business objectives of an organisation may not be, in themselves, inspirational. A rallying call of ‘Let us go forth and manufacture more widgets’ is unlikely to stir people to make extraordinary efforts. Leaders who seek genuinely to motivate people must tap into the fundamental (and simple) reasons why we all work:  the need for self-esteem; the satisfaction of shared endeavour; the pleasure gained from achieving meaningful, hard-won goals.

Give colleagues a vision of a better future and a route to get there, and anything is possible. But that better future has to be real for them, not just for the organisation.

Churchill’s leadership is further explored in History Lessons: what business and management can learn from the great leaders of history