Be Decisive – Great Leadership Idea No. 62 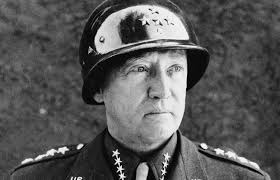 Change involves risk, and there will never be enough information to guarantee that you have made the right decision. At some point, leaders must trust their accumulated experience and their gut instinct and seize the moment.

Making decisions is the defining aspect of leadership. There has never been a leader who made only right decisions. An effective decision made at the right moment is far better than a decision made with more information – but too late

The most forceful exponent of this school of thinking was probably George S. Patton, the US Army General who led the astonishing armoured dash across France towards Germany after Allied forces had established a beachhead in Normandy, in north-western France, in order to bring an end to the Second World War.

“A good plan, violently executed now, is better than a perfect plan next week”

Patton had started life as a cavalry officer at a time when men on horseback carrying swords were about to be replaced by men in armoured vehicles carrying firearms. His experiences in the First World War as a captain in the newly-created United States Tank Corps, during which he witnessed the futility of trench warfare, convinced him of the need to keep an attacking force constantly on the move.

Patton was convinced that establishing a defensive line was what lost battles and got soldiers killed. “Attack rapidly, ruthlessly, viciously, without rest – however tired and hungry you may be, the enemy will be more tired; more hungry.”

This aggressive, take-the-fight-to-the-enemy approach led to one of Patton’s most famous quotations: “A good plan, violently executed now, is better than a perfect plan next week.”

Even the right decision is wrong if made too late

Lee Iacocca, President and CEO of the USA’s Chrysler in Corporation in the 1980s offered a modern, corporate version of this philosophy in his book, Lee Iacocca, An Autobiography.

“If I had to sum up in one word the qualities that make a good manager, I’d say that it all comes down to decisiveness. You can use the fanciest computer in the world and you can gather all the charts and numbers, but in the end you have to bring all your information together, set up a timetable, and act.

“. . . Too many managers let themselves get weighed down in their decision-making [. . .] at some point you’ve got to take that leap of faith.

“First, because even the right decision is wrong if it’s made too late. Second, because in most cases there’s no such thing as certainty.”

Be Decisive is further explored in 100 Great Leadership Ideas