The five essential characteristics of all great entrepreneurs 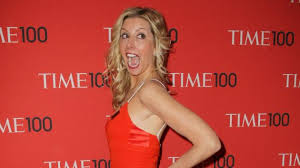 What are the 5 key characteristics of every great entrepreneur?

Or possibly six (see below).

Well, I’m afraid that, to quote Monty Python’s Flying Circus, they are arguably “bleedin’ obvious”.  The problem is, I did a lot of reading about business leaders when I was writing my new book, 100 Great Business Leaders, and these really do seem to be the key characteristics of every great entrepreneur.

So you are probably going to say a number of things along the lines of, ‘Well, that, obviously . . . And that . . . Well, everyone knows THAT . . . And OBVIOUSLY you have to be THAT.’ The trouble, as I say, is that these really are the key characteristics of every great entrepreneur.

All I can suggest is that you appraise yourself as honestly as you possibly can and decide whether you REALLY have the characteristics, or whether you just like to believe that you do. Because if you don’t, if my research is right, then you may be many wonderful things, but you are unlikely to be a successful entrepreneur.

When I was choosing the leaders who would feature in the book, it was much easier to decide that someone who founded a successful business empire was a ‘great’ business leader, than it was to decide that someone who had become CEO of an existing organisation really warranted the ‘greatness’ tag. This is a little unfair on business ‘executives’. It certainly means that the CEOs included in the book are those whose contribution to their company’s success (or survival) is truly dramatic. But it was much easier to decide that various founders were ‘great’ businessmen – what is more important, after all, than the constant creation of new, innovative businesses?

As I wrote about the great business founders, something else became increasingly clear: their story was remarkably similar in some key fundamentals.

I’m going to call these business founders ‘entrepreneurs’ from here in, though I know that the two terms are not necessarily synonymous, and I’m going to illustrate my point with quotes from two entrepreneurs who seemed to me to be archetypical: James Dyson and Sara Blakely. 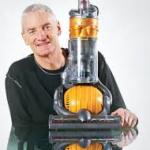 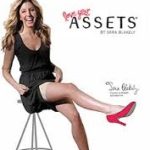 Now for what you’ve been waiting patiently for . . .

The five bleedin’ obvious characteristics of all great entrepreneurs

There are 5 characteristics or aptitudes that are shown by every great entrepreneur. And there is a final 6th characteristic that, in my opinion, is an added bonus.

Let’s allow Dyson and Blake to illustrate these 5 qualities in their own words.

Dyson famously spent 5 years working on 5,126 prototypes, before deciding that was happy with number 5,127.

Blakely just knew that she needed some underwear that would keep her figure trim without leaving the dreaded ‘visible panty line’: she needed a product that didn’t exist.

James Dyson: ‘I’d seen an industrial sawmill, which uses something called a cyclonic separator to remove dust from the air. I thought the same principle of separation might work on a vacuum cleaner. I rigged up a quick prototype, and it did. I became obsessed.’[1]

Sara Blakely: ‘I cut the feet off my pantyhose and wore them underneath, but they rolled up my legs all night. I remember thinking, “I’ve got to figure out how to make this.”  I’d never worked in fashion or retail. I just needed an undergarment that didn’t exist.’[2]

2. The strength of mind to continue in the face of criticism and rejection

Your new idea, by definition, is different and challenging – otherwise it wouldn’t be new. Almost everyone (hopefully not your partner) will say that your idea is rubbish and that you are nuts.

James Dyson: ‘It took five years of doing nothing but making and testing prototypes. My wife supported us by teaching art. She was wonderful. But most other people thought I was mad.’[3]

Sara Blakely:‘Before it was actually made I did hear “no” a lot. It was very discouraging. At times I stopped out of discouragement, but I never lost confidence in the fact that it was a good idea.’[4]

3. Focus and perseverance: sticking with the big idea and overcoming obstacles

This sounds a bit like ‘strength of mind’, but it’s not. Strength of mind is about keeping faith with your own idea when pretty much everyone else tells you it will never work. Focus is about not getting distracted: about not having three other brilliant ideas and starting to explore those at the same time. Perseverance is the hard slog: dusting yourself down and picking yourself up after all of the inevitable early failures, disappointments and rejections.

James Dyson: ‘When the vacuum was ready, the first thing I did was to show it to the makers of domestic appliances. They didn’t want it. I licensed it to Amway in the U.S., which was a disaster. So I decided to become a manufacturer myself. I borrowed $900,000, with my house on the line.’[5]

‘I wanted to give up almost every day. But one of the things I did when I was young was long distance running, from a mile up to ten miles … And I was quite good at it, not because I was physically good, but because I had more determination. I learned determination from it. More particularly, I learned that the moment you want to slow down is the moment you should accelerate. In long distance running, you go through a pain barrier. The same thing happens in research and development projects, or in starting any business. There’s a terrible moment when failure is staring you in the face. And actually if you persevere a bit longer you’ll start to climb out of it.’[6]

Sara Blakely:  ‘I was my own focus group. I had already tried the product and I saw what it did for me. I knew if they said “no,” I just said they didn’t get it. I never second-guessed the product.’[7]

Every successful entrepreneur needs to be a great salesman. Luckily, this part is probably easy. You know that your product is utterly brilliant, and you just want the chance to explain that to potential customers.

‘It’s 10 a.m. on a Tuesday, and a billionaire is vacuuming the floor of the W Hotel in New York City … Luckily, vacuuming isn’t a chore to Dyson; it’s a passion. In the lobby outside the W’s café, while New Yorkers rush past the large windows facing Park Avenue, he finds a corner, plugs in his vacuum, and begins to show off its steering mechanism. After a couple of minutes, he presses a button. The dust-collecting bin pops out of the vacuum, and Dyson dumps its contents back onto the rug. A pile of thick black dust falls onto the floor.’

Sara Blakely: ‘Everything about my journey to get Spanx off the ground entailed me having to be a salesperson – from going to the hosiery mills to get a prototype made to calling Saks Fifth Avenue and Neiman Marcus. I had to position myself to get five minutes in the door with buyers. My first account was Neiman Marcus. I cold-called them just like I had cold-called businesses when I was selling fax machines for seven years.’[8]

5. A willingness to take the risk

Dyson is unequivocal about this: he genuinely likes living on the edge; house on the line; the works. Blakely was happy to plunge all of her time and all of her personal savings on her venture. Charmingly, she says she never worked out how to raise external capital!

James Dyson: ‘… I liked living on the edge. All those years that my house was in hock to the bank… I liked the danger, the idea that everything depended on getting that next product right in every way.’[9]

Sara Blakely:  ‘You know, I didn’t know better. I have never taken a business course, so I really didn’t know even how it was done. I didn’t realise that people went out and got tons of venture capital or raised all kinds of money so I thought OK, I’ve got to do as much of this on my own as I can.’[10]

By the way, all great entrepreneurs say pretty much the same thing, which is more or less this:

And finally, that sixth characteristic

When your business takes off, recruit to your weaknesses

REALLY clever entrepreneurs realise that they are not necessarily the best managers in the world.

James Dyson: ‘I didn’t enjoy being CEO that much. At an operational level, that becomes an enormous job, too big for me. I’ve never really been a businessman. I wanted to carry on the design and engineering myself. That’s what I love doing’.[11]

Sara Blakely:  ‘A lot of entrepreneurs end up getting in the way of the growth of their own business , because it’s a totally different skill set to run, operate a business – grow it year over year – versus be the one who started it. I had to be every department when I started it: I had to be the packer, the shipper, the before and after shop model – I was everything!  I learned very quickly what I liked to do and what I didn’t like to do, and what I was good at and what I wasn’t good at, so as soon as I could afford to hire my weaknesses, I did.’[12]

Now that really is good advice.

And what do you reckon? Have you got the bleedin’ obvious characteristics that it takes to be a great entrepreneur?

You can read about a lot more great business leaders (98 more, to be precise) in 100 Great Business Leaders