No template for a great leader? Role models in leadership 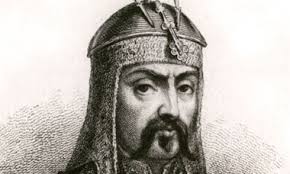 This article first appeared in Hourglass magazine, issue 18, published by Croner Publishing in association with PricewaterhouseCoopers LLP.  You will need to register to be able to access the PDF version of Hourglass issue 18

No template for a great leader

A study of the great leaders from history reveals many interesting things. Amongst others, it shows that we are charmingly inconsistent in our definition of ‘greatness’.  We have been rather preoccupied for a few thousand years with invasion and conquest; with empire-building and the defence of nations. As a result, generals tend to get rather higher billing than people like Martin Luther King. Emperors outrank Florence Nightingale. There are a lot more men in the history books than women. You are less likely to be thought of as a leader if you are a philosopher than if you are a career politician.

Julius Caesar, for example. Great leader. Marvellous chap. Led his army across a small river called the Rubicon in northern Italy, which was the border between Caesar’s territory, as Proconsul (governor) of Gaul, and the territory of Rome itself, thereby breaking the law (no Proconsul could bring an army into Rome) and effectively declaring civil war on his rival, Pompey, who had been determined to investigate certain ‘irregularities’ that had arisen during Caesar’s earlier term as Consul. Caesar defeated Pompey and went on to become dictator of Rome. There was no particular stigma attached to the title of dictator at the time; it was an established Roman alternative to the usual rule by two Consuls. Caesar was finally assassinated by his fellow countrymen because of fears that he was becoming too king-like – the Roman republic didn’t mind a dictator, but it hated a king. However, Caesar’s dictatorship paved the way for his chosen heir, Augustus, to emerge as a full-blown emperor, bringing to an end Rome’s experiment with democratic republican government.

We seem to acknowledge that founding a large empire is a good way to get your name into the history books. And, in corporate terms, I suppose we haven’t changed. Jack Welch, chairman and CEO of America’s General Electric Company, has gone down in history as the leader who grew the company from a market capitalisation of $27 billion to $140 billion, making GE the largest and most valuable company in the world. (He also had a rather unusual approach to human resources: his system of ‘differentiation’ divided his management team into the top twenty percent, who were rewarded with promotions and share options, the middle seventy percent, and the bottom ten percent. The bottom ten percent were fired. This happened year after year, remorselessly, even when managers struggled to identify a bottom ten percent. Welch would sometimes find a new manager who was able to identify the necessary unfortunates. But I digress.)

‘Greatness’ also follows rather obvious trends in political history. When I was a boy, Clive of India was ‘a great man’ and his life was taught in every classroom, starting with the unlikely but colourful tale of his climbing a church tower and perching on a gargoyle to frighten passers-by. Clive seemed to like frightening people: he and his school chums tried to set up a protection racket to extort money from local merchants. Disappointingly, that last bit didn’t get mentioned in the history books. Clive went on, of course, to establish the East India Company as the dominant military force in Southern India, and went down in history as the man who secured India for the British Empire. The vast flow of riches from India to England began with Clive, and a great deal of it found its way into his own pockets. To modern eyes, Clive looks rather like a colonial buccaneer, but we may be wrong.

The one thing that a study of the great leaders from history does quickly confirm is that one does not look to these leaders as role models. They are (happily) far too human and flawed for that. It is their leadership skills that reward study, and those skills are many and varied. There is no one template for ‘great leadership’. Many leaders were brilliant at one aspect of leadership and pretty useless at every other aspect. A handful were genuine all-rounders. Horatio Nelson is my personal favourite: a remarkably brave man who literally ‘led from the front’—losing an arm and the sight of one eye in the process—Nelson was also a sensitive and intelligent leader of men, giving his captains the overall strategy and then empowering them to act on their own initiative in pursuit of that strategy. Most leaders, however, exhibit some intriguing leadership strengths from which we can draw useful lessons while at the same time, reassuringly demonstrating that they are, in fact, only human.

It is also true that the more apparently virtuous leaders do not always demonstrate the most impressive leadership skills.  Here’s an interesting question: do you imagine your chief executive would prefer to be likened to Winston Churchill or to Genghis Khan? Perhaps you had better not answer that.

My point is that Churchill was in many ways a desperately flawed leader who just happened to the perfect man for the vital wartime role to which he was finally called, while Genghis can hardly be faulted. Apart from the merciless extinction of anybody who stood in his way, obviously. The astonishingly large Mongol Empire that Genghis created was surprisingly benign. The steppe-living Mongols had little interest in cities, or in accumulating great wealth. They had no quarrel with any particular religion, following their own essentially shamanistic religion, worshipping the Eternal Blue Sky and a pantheon of lesser gods. The conquests of Genghis linked China with Central Asia, the Middle East and Europe for the first time in history; forging commercial and diplomatic links between nations who were previously barely aware of each other’s existence (Genghis invented the concept of diplomatic immunity for ambassadors and envoys between nations). The Mongols liked manufactured goods, and encouraged trade. Their huge empire became one vast free-trade zone. Taxation was relatively light, with exemptions for doctors and teachers. Wars died out as the overwhelming force of the Mongols overrode all other power struggles—just as the overwhelming might of the Roman Empire of Augustus had begun a long period of peace, one thousand years earlier. Trade between east and west became safer and easier. Ideas and goods began to flow around the world.

The great achievement of Genghis as a leader was his reformation of Mongol society. The world into which he was born was an anarchic collection of feuding tribes and families: a constant round of minor raids; of stolen wives and livestock. Genghis created a nation out of this anarchy, united under his leadershp. He also created the terrifying Mongol army: an army of mounted archers. It was based on units of ten men: regardless of tribal differences or social status, these men were now brothers; no unit could leave behind a wounded member. The eldest member was the leader, but the team could choose a different leader. Ten units of ten formed a company, whose leader was elected. Ten companies formed a battalion; ten battalions made an army, with a leader chosen by Genghis. Everybody had to serve in the army; those who were exempt would give the equivalent of one day per week in service to the Khan. Old loyalties and ties were effectively destroyed: ultimate loyalty was now to the Khan. The reorganisation was remarkably similar to the changes introduced to Athenian society by Cleisthenes, nearly two thousand years earlier, which were also designed to break up feuding clans, and which paved the way for the golden age of Athenian democracy—though Genghis would not have heard of the Mediterranean Sea, let alone of an ancient Athenian civilisation. The unification and democratisation of both societies was similarly successful.

And Winston Churchill? His political career is dotted with failures and disasters. When Churchill was made Prime Minister in 1940, he was viewed by many, in the words of political commentator, Andrew Marr, ‘as a rather ridiculous, drunken and dodgy man with a penchant for wild speeches and silly hats’. But then, in the moment of grave national crisis, Churchill wrote, and orated, words like this: “We have before us an ordeal of the most grievous kind. We have before us many, many long months of struggle and of suffering. You ask, what is our policy? I will say: It is to wage war, by sea, land and air, with all our might and with all the strength that God can give us: to wage war against a monstrous tyranny, never surpassed in the dark, lamentable catalogue of human crime. That is our policy. You ask, What is our aim? I can answer in one word: Victory – victory – at all costs, victory, in spite of all terror, victory, however long and hard the road may be; for without victory, there is no survival.”

So Churchill had his faults as a leader; he made mistakes; he drank too much. But he was very much the right leader for that particular moment in history.