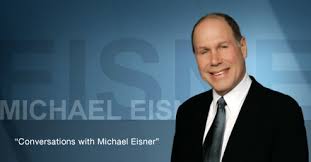 All of a leader’s great plans come to nothing if they are not successfully executed. This edited version of ‘Make it Happen’ from 100 Great Leadership Ideas appeared in the Sunday Times.

Michael Eisner, former chief executive of Walt Disney, said, “The problem is not the ideas. The problem is getting them executed. I cannot remember a successful movie or television show we made that didn’t get many letters saying, ‘That was my idea’, or ‘Oh, you did a movie. It was just like something I was thinking about doing.’

What I want to say is, ‘Well, why didn’t you do it?’ And the problem is that it is a big step from having an idea flow from your head, and getting it on a piece of paper, getting people around you to think it’s a good idea, finding a writer, putting on a show — look how hard it is to put on a show at high school.”

The most unappreciated leadership skill

Louis Gerstner, once chief executive at IBM, said that making it happen is possibly more important than developing a brilliant new strategy. “Execution — making it happen — is the most unappreciated skill of an effective business leader. It is extremely difficult to develop a unique strategy; and if the strategy is truly different, it is probably highly risky.

“Industries are defined and bound by economic models, customer expectations, and competitive structures that are known to all and impossible to change in a short time. So, execution really is the critical part of a successful strategy.”

The leader who executes those ideas most successfully wins.

Make it happen is explored further in 100 Great Leadership Ideas