Gerstner and the IBM turnaround: vision or execution? 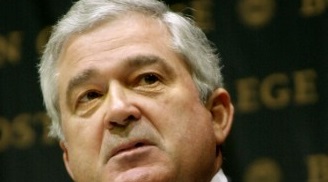 When he arrived at IBM , Gerstner said to a press conference in July 1993, after his first 100 days, ‘There’s been a  lot of speculation as to when I’m going to deliver a vision of IBM, and what I’d like to say to all of you is that the last thing IBM needs right now is a vision [. . . ] What IBM needs right now is a series of very tough-minded, market driven, highly effective strategies for each of its businesses – strategies that deliver performance in the marketplace and shareholder value.’[1]

Gerstner had announced a series of essential cost-cutting and restructuring measures in order to keep the ailing computer giant afloat. What the analysts said in response to this statement was pretty damning: “Clearly he is not a miracle worker.” “IBM stock, down 6% since Gerstner took over, has done nothing because he’s done nothing.” “Does cost-cutting amount to a strategy for survival?’” “George Bush may have called it the vision thing. Others may be calling it the ‘lack-of-vision’ thing.”[2]

I have wondered in another blog on this site (The loneliness of the Chief Executive Officer: Louis Gerstner and IBM) what Gerstner may have meant by his statement about not wanting a vision: was he being provocative, or ironic, or was he deadly serious?  Or was he perhaps trying to deflect the press from probing into his real strategy, which he preferred to keep to himself at that moment?

He himself says that the press ignored the all-important words ‘right now’ – that, of course, IBM needed a new vision, but that this was not the pressing priority ‘right now’.

One of the key functions of leadership is to develop a vision of the relatively long-term future (which has nothing to do with meeting this year’s figures, let alone this quarter’s figures), and there is another, deeply important, sense in which a company’s vision has to answer the question, ‘Why are we in business? What do we hope to contribute to our society?’

At one level, after all, corporate ‘visions’ are relatively simple things. As Harvard Business School professor and writer John P. Kotter says, a company’s vision may or may not be brilliant and the ideas that they convey may not even be new (although the precise conditions that any particular company faces are probably unique). Nevertheless, that company’s vision and the accompanying strategy are important and they may well work, if only because competitive companies have a poor vision and are pursuing a wrong direction; or even because they have the right vision, but lack the leadership skills to persuade their team to embrace that vision.[3]

On the other, more cerebral level, a corporation’s vision is a fundamental philosophy that will inform every decision that the corporation makes. As in the first principle of ‘The Toyota Way’: “Have a philosophical sense of purpose that supersedes any short-term decision making. Work, grow, and align the whole organization toward a common purpose that is bigger than making money. Understand your place in the history of the company and work to bring the company to the next level. Your philosophical mission is the foundation for all the other principles.”

It is easy to sympathise with Gerstner’s apparent point of view about vision not being the priority, given the crisis that IBM was facing. As he said, “Fixing IBM was all about execution. We had to stop looking for people to blame, stop tweaking the internal structure and systems. I wanted no excuses. I wanted no long-term projects that people could wait for that would somehow produce a magic turnaround. I wanted – IBM needed – an enormous sense of urgency.”[4]

So that’s pretty clear: it’s no good tweaking the internal structures – root and branch change is needed; we don’t care who is to blame or not for the mess that we are in; there is no ‘magic project’ that will come good in a little while and save the company.

So what do we do now?  Gerstner certainly had the answer (as we shall see) in terms of ‘execution’ – in terms of the unglamorous but essential things that had to be done to get the company back onto its feet. But did he, or did he not, have that essential long-term ‘vision’ for the company?  Gersten was playing his cards close to his chest.

Gerstner may well have decided that: a) the long-term vision for IBM was something that he would worry about after he had secured its short-term future (i.e. survival) and b) the all-pervading corporate philosophy was something that could wait until the senior management team had time to take a break, go off somewhere nice and think deep thoughts.

Other possible thoughts running through Gerstner’s mind might have been: c) a long-term vision for the company will emerge from the essential restructuring work, and we will refine it when it does, and d) ‘I already have a vision for the company, but I need the company to cope with the sheer stuff of the rescue plan before I even ask it to get to grips with my new vision.’

I believe that the answer is a combination of c) and d). Gerstner’s writings show that, as a previous major customer of IBM (from his days as president of American Express Travel Related Services), he had an instinctive grasp of what was wrong about the company’s relationship with its customers and with its position in the rapidly changing marketplace. But before he allowed himself to develop that vision and to begin to communicate it to the massive corporation that he now ran, he may well have decided that he wanted the company to focus on the essential, immediate tasks at hand and not to be distracted by the major strategic shifts that were beginning to form in his mind.

Gerstner was, above all things, a McKinsey man. His whole training was to see any faltering business in terms of a series of corrective measures that needed to be put in place.  He was, to some extent, sceptical about the vision thing.

But before we look at the vision that Gersten says he didn’t want, let’s look at what he did to dig IBM out of its nearly fatal hole. It is text book stuff. And before we even get to that point: before Gerstner’s arrival, where had it all gone wrong?

The end of the mainframe?

IBM, with its apparently safe and massive revenues derived from its near-monopoly as the supplier of mainframe computers to industry, had turned itself into an unwieldy bureaucracy, split up into a very large number of virtually independent little geographical kingdoms, all run by their own corporate warlords. There was massive duplication of services (for example, of the 90,000 IBM employees in operation outside the USA itself, 23,000 were in support services).[5]

The company had so little apparent faith in the future of the emerging market  for small or domestic or ‘micro’ computers that it outsourced the development of the new operating system for IBM’s ground-breaking personal computer to a thrusting young company called Microsoft (despite the fact that IBM had previously always developed its own software for all of its hardware) and bought-in the essential microprocessor, the heart of the new machine, from another new company called Intel. IBM massively underestimated even preliminary orders for its new personal computer. The IBM PC was launched in August 1981 and had sold over 13,000 units by the end of the year, while IBM was rapidly building a serious backlog of orders. By the end of 1983, half a million PC’s had been sold.[6]

IBM’s unprecedented decision not to develop proprietary technology for the IBM PC, and the fact that 80% of the machine’s hardware had been bought off-the-shelf from other manufacturers, meant that it was easy to copy. Soon companies like Compaq began to develop ‘IBM clones’ that would run any software developed for the IBM PC.  These clone manufacturers licensed Microsoft’s MS-DOS operating system and used  Intel’s microprocessor. (Bill Gates’ Microsoft, by the way, always did have a very clear vision of how it intended to become a dominant force in the new world of personal computing: the company’s motto was ‘We set the standard’.)

IBM’s had successfully launched the personal computer onto the world stage, but had made it easy for other new manufacturers to launch their own ‘me too’ versions.  It was Microsoft and Intel who were to become industry standards,  not IBM.

IBM’s annual revenues of around $5 billion dollars in the early 1980’s had shrunk to £3 billion by 1989. Then IBM began to posted losses of $1 billion a year, and for the year 1992 posted the USA’s biggest corporate loss to date for a single year: $8.1 billion.  The company planned to break itself up into vertical units – processing, storage, printers etc. – in an attempt to emulate its leaner, meaner competitors. Stock had reached a high of $43 per share in 1987.  When Louis Gerstner was head- hunted to join the apparently dying giant as CEO in April 1993, stock was £12 per share.

We have seen that Gerstner may have been persuaded to take on the job of turning around IBM by an appeal to his patriotic  instincts (‘You owe it to America to take this job’).  If so, good luck to him – it was perhaps the toughest corporate turn-around challenge that one could imagine.

Let’s look at what he actually did — very simple, step by step, understandable nuts-and-bolts kind of stuff – in another blog.

And then we’ll look at how the vision thing crept back in.  Or was it there all along?