Command and Control management: have we really moved on? 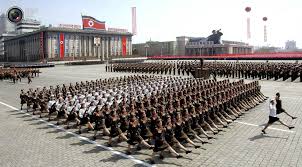 ‘Command and Control’ is a phrase that we only use nowadays in connection with modern management in a tone of amused irony. We all know about command and control as the management system of choice from the earliest days of the major modern corporations—and we have definitely ‘moved on’.

Command and control systems used by the armed forces were deliberately adopted as the best management model for the emerging corporations of the early twentieth century, as a means of ensuring that the most appropriate command decisions were taken by the general staff (senior management) and that these were effectively transmitted to the ranks (workers) via their officers (middle management).

Although we think of command and control as the ultimate ‘top down’ management style (commands are cascaded down through the system, giving each unit the precise instructions that they need, and no more) there is nevertheless an essential feedback loop in place. The role of staff officers is not only to communicate the commander’s decisions to operating units, but also to feed information about the developing situation back to the commander. This is the ‘control’ system that ensures the effectiveness of the commands.

There are four key problems with command and control (and the most significant is the last).

A consensus is emerging that management of modern organisations needs far higher degrees of consultation and empowerment; that decision making should move closer to the consumer; and that leaders need to encourage genuine input and creative thinking from the whole organisation.

Modern leaders and managers need genuinely to consult with the organisation as a whole: there should be a broad consensus before major policies are implemented, and significant issues should have been discussed. An organisation that has had the opportunity to address the likely issues arising from the new plan is more likely to implement the plan successfully. More importantly, the plan has not been imposed on people: they have ‘bought in’.

Individual managers and team leaders should be given considerable latitude in choosing the appropriate course of action within the overall strategy. Modern leaders should give their teams the goal and the direction, and then trust them to make the best decisions for themselves.

Moving decisions close to the consumer

In every organisation, the teams that are closest to the customer are best placed to know what customers really want. Modern leaders must create systems that make these colleagues’ voices heard and build them into the decision-making process in a structural way but also, as above, empower them to make rapid and effective decisions without referral.

Harnessing the intelligence of the organisation

The organisation as a whole knows more than the leadership and is a huge resource of energy and ideas. Some modern organisations allow colleagues to influence the direction of the organisation by showing their preferences for different projects, thereby allowing them to ‘vote with their feet’. Others encourage and reward entrepreneurial ideas from any colleague, and set up small ad hoc teams to explore these.

It is not easy to devise management systems that embrace these principles effectively, but modern organisations are moving in this direction because they have to. Today’s highly-educated and mobile knowledge-workers will not tolerate a ‘production line’ approach to their working life; they expect to be consulted and they expect to make a contribution. And the leader who is not harnessing all of the skills, knowledge and experience of their colleagues is both wasting an immense pool of talent and failing to engage colleagues in a mutual effort to create a successful organisation.