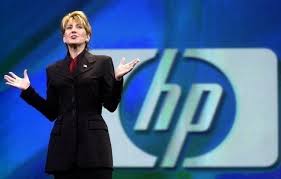 When Carly Fiorina was employed as the CEO of Hewlett Packard in July 1999, her brief was clearly to bring about change.  She soon decided that she and her top team were not merely ‘change agents’; what was needed were ‘change warriors’.

So far, so macho.  We must remind ourselves of a story that Carly tells about herself when she was President of Lucent Technologies ‘Service Providers’ business – effectively the head of Lucent’s sales operation.  Lucent had been formed in 1996 from the spin-off of AT&T equipment manufacturing – thereby allowing AT&T to sell equipment to direct competitors who would have been unhappy dealing with AT&T itself. Lucent had just acquired Ascend Communications, a communications equipment manufacturer that had become another Silicon Valley success story.

“Our balls are bigger than yours.”

Fiorina addressed the generally hostile and exceptionally testosterone-fuelled Ascend sales team and  their flamboyant boss (by then a rich man in his own right as a result of the acquisition). Fiorina had to get these boys on her side. As Fiorina herself said, Lucent – which was seen as ‘old economy’ by the white-hot ‘new economy’ boys at Ascend – ‘needed Ascend a whole lot more  than Ascend needed Lucent.’  She came straight to the point: if the two teams were going to collaborate successfully, then they needed to tell each other some hard truths.

‘The hard truth is we think you Ascend guys are a bunch of cowboys who don’t understand our customers’ requirements for quality of service . . . (and) . . . you think we’re a bunch of sissies  . . . You think we’re not tough enough or street smart enough.’ Fiorina pulled up her trouser leg to show the designer cowboy boots that she was wearing, and then turned her back to the audience and rummaged around in her underwear. When she turned around, she had a pair of her husband’s socks stuffed down her trousers. ‘Our balls are as big as anyone’s in this room,’ she declared.

It brought the house down – well, it would do.  And it shows that Fiorina came to HP with a hands-on working knowledge of the difficulties of merging two very different cultures.

Heritage as a road-block to change

The Hewlett Packard (HP) culture was deeply engrained throughout the huge, sprawling and largely devolved organisation (see ‘David Packard’s long shadow’). Some, or even much, of the cultural legacy of the founders, David Packard and Bill Hewlett, was beneficial and, arguably, radical and significant. Other half-remembered or misunderstood ‘legacies’ of the great men’s philosophy – and occasional wilful misinterpretations – were major obstacles to change.

One of the core ‘Objectives’ of the HP founders, for example, was to “provide (employees with) job security based on performance, and to provide the opportunity for personal satisfaction that comes from a sense of accomplishment in their work.”

That impressive management principle can easily be translated as ‘jobs are for life’ and  ‘personal satisfaction comes before corproate necessity.’ Even a cursory reading of what Packard actually said shows that this is a travesty of his real thinking. At the time that Carly Fiorina took over as CEO, however, it would seem that some of these perverse readings were commonly accepted.

Carly Fiorina: a great operator but a poor leader?

I must confess that I do have a problem with Fiorina. My problem is that she seems to have been, in many ways, a poor leader.

It seems clear that she was not generally liked. This is not a major issue in itself. Leaders are not necessarily there to be liked. But I do have a problem with the fact that – in her own writing – she never acknowledges this.  The occasional reference to unflattering nicknames such as ‘Chainsaw Carly’ (coined after her dramatic but necessary staff cuts made in the wake of the technology crash of 2000) do not amount to a full and frank acceptance of the general perception of her public image. But then it also emerges that she wasn’t liked by the people who really do matter: the board of directors; major shareholders (often Hewlett or Packard family members); Wall Street; Senior Executives.

Once installed at HP, Fiorina set in train a number of business changes that were undoubtedly necessary (see Carly Fiorina and the HP Compag Merger). These changes saved the company huge amounts of money – previously wasted on unnecessary duplication brought about by the company’s intentionally ‘devolved’ structure – and focussed the company much more successfully on the customer and on the competition.

But then Fiorina made her key strategic decision: to merge HP with Compaq: one of the successful, dynamic and brash new PC manufactures who had emerged from the white heat of the technology revolution taking place in California’s Silicon Valley.

Let’s step back a pace.  Hewlett Packard could easily be categorised as a little sleepy; a little comfortable. Fiorina argues strongly that the heads of the eighty-seven business units that she inherited were focussed on their own limited horizons rather than on the company’s overall success, and were reluctant the embrace the bigger picture or to relinquish control of any of their (massively duplicated) internal functions. So far, so pertinent.

‘Completing a glamorous acquisition and crowing about its promise?’

But the overall ‘culture’ of a company like HP cannot be seen as a complete liability; it is a rather precious thing. It is also very difficult to change.  And acquisitions and mergers, in particular, are  notoriously prone to fail. Louis Gerstner, architect of the astonishing turnaround of IBM from ‘dying brontosaurus’ to ‘reborn Tyrannosaurus Rex’ says pithily: “When given a choice of working hard to fix a base business or, instead, completing a glamorous acquisition and crowing about its promise on the financial TV stations, too many executives opt for the latter.” (See: The loneliness of the the Chief executive Officer: Louis Gerstner and IBM)

Ouch.  Is this what Fiorina did?  Is she guilty of looking for a simple, glamorous, ‘big hit’ to make her mark (and fortune) as a major CEO?  Or was she maybe thinking that an injection of Compaq’s new-economy, can-do attitude would help to transform the rather worthy, consensus-driven ‘collection of tribes’ that HP had become?